November 30, 2021
Each day, each night
the place sings everything in
The swans bring out four young ones. Like many birds, they don’t start incubating until their whole clutch of eggs has been laid, so all the cygnets hatch over the course of a few hours. By next morning, they’re clambering down the sides of the nest into the water and are soon out swimming, with one parent leading and the other bringing up the rear, talking quietly to the chicks and each other in their fluting-honking woodwind voices. The convoy circumnavigates the dam and later the paddock where the adults graze. From time to time as the young ones tire, they climb aboard a parent and disappear under its feathers. The following day the whole family is out again early. J, whose house is by the dam, reports seeing one of the cygnets riding on top of the cob’s back, facing forward between the sweep of his wings like a princeling in a carriage.

The day after that, they’re gone. No sign or sound of disturbance, no bodies, no stray feathers. In the long grass by the water, tracks lead away in the direction of the road. Have the parents taken the young ones to the river and its food resources, knowing there isn’t enough in the dam for six swans? J walks the couple of kilometres downhill and sees a pair at the mouth of the creek – is it them? – there are often swans in that spot. These ones have no cygnets nearby. The dam is empty of the big shapes of the adults, the little silvery presences of the young.
Grebes have brought out chicks too, striped and not much bigger than bumblebees, who also ride on a parent’s back and are fed there, offerings of insect larvae and crustaceans – and the chick holds on and dives with the adult when it goes under. In the floating nest there’s a new egg, covered with weed when the bird is not sitting. The extra flow of water into the dam throughout the wet spring has brought nutrients and a burst of insect life to sustain a second brood.
This year’s strong La Niña pattern continues to bring rain day after day – sometimes as warm skyrivers that swing down from the north, sometimes as stinging white showers that blow in off the Southern Ocean. Even though eucalypts are in flower in the forest and there’s clover blossom in the pastures, the bee swarm in the top bar hive dies – too many days when they can’t get out to forage or clean themselves. I wonder if the horizontal rectangular shape of the hive makes it too hard to keep warm in a winter like the one we’ve just had, as compared with the vertical column of the more traditional Langstroth boxes.
With the first sunshine in weeks, bees in the remaining hive swarm and land in long grass where they’re almost impossible to pick up and then it rains again. They’re bad-tempered in the cold and wet and so am I. Next day the sun is out – we move the top bar hive to a more sheltered spot and I scrape up the swarm and tip it in. But they’re too disturbed to stay – did I leave the queen behind? – and they pour out of the hive entrance like water. I let them go. Anxious and gloomy as if some blessing has been withdrawn, I realise how I look forward to the sound and sight of their contented utterance from the hive. 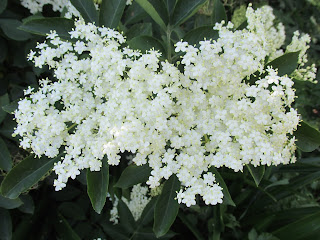 It’s time to make elderflower cordial before the berries set and unlike last year, there are plenty of flowers. I steep the creamy froth of blossom with lemons and sugar for a few days then strain and bottle the honey-coloured syrup. While the mixture sits, the house fills with its smell, a complex of harmonies and dissonances – floral-bitter, citrus-pungent, astringent-green. It’ll make the base of a cooling drink in hot weather and help to stave off colds in winter.
A few days after the swans disappear from the dam, our nephew reports seeing an adult with a young one at foot, crossing the road that heads south along the ridge from here – a direction none of us had thought to look. My heart lifts – perhaps they’re alright! They might have moved to one of the dams further along that way, or followed the ridge and gone down to the river by a less direct route. But we don’t see them anywhere and I resign myself to an ache of not-knowing, never-knowing.
The town’s concert band stages a fundraiser to help buy instruments and I go along. Band members range from small children to retirees but the largest groups seem to be teenagers and parents of younger players. They gather, intent on the serious delight of making music. Everyone seems to want to be there – no terminal cool, no ironic eyerolls from the adolescents.
The fundraiser goes like this – band members have approached sponsors who pledge payment for every second that each sponsored musician is able to hold a note on their chosen instrument. Flautists and trumpeters, saxophonists and trombone players, a French horn and a tuba take turns, timed by a stopwatch; percussionists are given leave to sing their note. All attempts are greeted with wild applause as the bandleader deftly coaxes the shy ones, gives nervous players a second go, moves lightly on without shaming those who’ve changed their minds and don’t want to go through with it.
A child of about six, whose mother and older sister are in the band, has volunteered too – he makes eight seconds on the recorder (huge cheer) then after a pause comes back to play on behalf of his younger brother, who also wants to try but is overcome by stage fright; the little boy hides under a chair and watches with shining eyes, as his heroic sibling blows another eight seconds.
I feel the whole thing power up as a spell for healing, a spell of antidote to the pressures of these last two years that work to divide us; my heart settles and eases more profoundly with each tweet and boop and screeee. 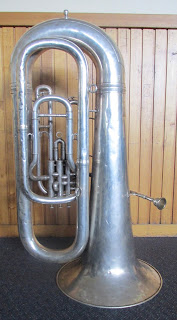 After every few attempts, the bandleader introduces a piece of music and they play it – the theme from Jurassic Park; something from Boogie Nights. Each musician concentrates fiercely, an alchemist distilling the pleasure of making something that’s more than the sum of its parts, though each part is also marvellous. This is the secret of the revolution – understanding that in the midst of catastrophe here and elsewhere, joy exists. Nothing can diminish or change the reality of this moment.
And a couple of weeks later the swans do come back, though now with just two cygnets, and again they go and come back and go again. They arrive by night and stay for a day or two and leave once more in darkness, moving away into their life in the world where two babies grow and two come to grief. And the bees are somewhere, if not here; clinging warm in the burnt hollow at the base of a tree or inside a wall, they sweat wax, build comb, fill it with brood and sweetness.
Webbed feet tread my dark ways. My joy hangs with the swarm, flies out. My heart tries its note in the chord of the world, wonky and beloved.