December 31, 2021
all through the fabric of this place
those who have lived and died here
from the beginning

I dream that I dig up two unbroken pieces of glazed pottery that are part of a household altar to the ancestors. They’re separately fired in the same five-sided shape and decorated with slightly fuzzy prints of people and landscapes like the fragments of 19th century crockery – broken dinner plates, teapots, cups – that turn up around the farm in the stump holes and pits dug for long-drop toilets that were used as rubbish dumps at that time. I keep finding more pieces of the altar and as I do, its overall design becomes apparent – the five-sided pieces are part of the base for a central column with niches for photographs, candles and other offerings.

Summer comes. After all the rain, a thick pelt of flowering grasses and herbs and clover ripples green, greengold on the hillsides, before some of it falls, silvergreen, in swathes behind the mowers; scattered and raked and baled as hay it leaves round-cornered acres of yellow stubble that shine against the forested slopes. In the evenings I go walking with the dog, out along roads now dusty since the rain has stopped. Coming home we take a shortcut through paddocks; here she drops behind and the force of her stare slows me till I turn and join her where she sits. We gaze south and west over the house and river and mountains, our heads lifted to the breeze and its scents, lost in the flicker of lives that ride the hill’s slow procession to the sea. 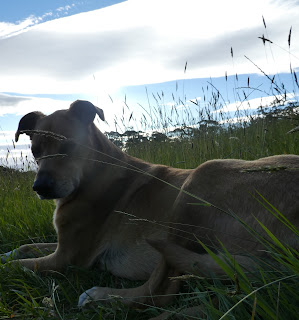 The swans continue to come and go every few days and the cygnets seem to double in size during each absence. Their necks begin to grow and they practise reaching down to pull weed from the floor of the dam, though they don’t yet upend themselves in the water. They sit on the nest and observe as the parents, who have remained patiently earthbound and waterbound for weeks, prepare for a return to flight; at first they merely run on the surface of the water, beating their wings, then a couple of visits later they begin one at a time to take off and circle briefly over the dam, while the other stays with the cygnets.

Nesting goes on – blue wrens have made their domed pocket of feather-and-fur-lined grasses on the ground at the base of a rose outside the kitchen window; likewise a blackbird has built its mud-and-grass bowl at the foot of a clump of clary sage that grows from a stony bank at the back of the house. I hold my breath for them, knowing that every night quolls and rats and possums that live in the garden are on the move and cats and devils pass through, and snakes and goshawks and shrike thrushes and currawongs hunt by day. It’s the wrens’ third attempt. In the windbreaks and orchard, the shrike thrushes that brought out their babies on top of the cupboard at the back door are feeding the now-fledged young – they come back from time to time to check out their old nest and perch there, calling loudly.

A hot wind from the northwest strips shades of green from standing grasses and brings memories of the fires a couple of years ago and the fears they summoned. I start assessing every plant, every object and building in terms of its potential to burn, to act as fuel if a fire begins. But this season, so far, we still have the protection of cool air off the ocean and soon enough the flow swings southwesterly, strong, drawing past the house so hard it creates a vacuum that sucks the north-facing windows outwards; their frames creak and the glass flexes like eardrums on a fast ascent. This goes on for days; tender shoots of new growth are bruised and tattered. 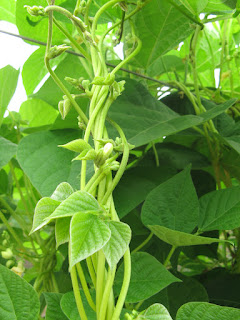 Up from the ground comes a second picking of peas and the last of the broad beans with their pods blotched black where they’ve rattled against each other. Later than usual, the first ripe tomatoes, green beans, first cucumber! Handfuls of strawberries ripen and raspberries too, their soft fruits tart and delicious though thrashed by the wind.

And the first potatoes of the new season are dug, wonderful to taste. Out of colonial wreckage these South American life-givers brought abundance, as Michael Pollan describes so well in The Botany of Desire, that fuelled a population explosion among the poor of Europe and created dependencies that left whole peoples starving when disease wiped out their staple food. The effects of those failed crops are etched into my bones, generations and a world away.

I’m thinking about epigenetics’ deep body-memory of good and ill as the pandemic begins to wash across the island at last, following the watercourse ways of our vulnerabilities, personal and collective. My jumpy, reactive immune system retains responses that helped my ancestors survive medieval plagues – and these same responses now create patterns of inflammation that may become a firestorm in the presence of virulent and unfamiliar pathogens such as covid-19.

But we might be lucky here, this time. In the two years it has taken the virus to reach us, there are signs that already it may have begun to attenuate, trading virulence for wider reach, like the influenza pandemic of 1918 whose first waves each killed tens of millions and which now remains with us as yearly variants of seasonal flu – not negligible for those who are susceptible but not the bewildering horror of its early form either.

Offering and altar both, this body, filled with images, patterns stamped in bony plates, spine rearing, nerve-notched and every niche lit by flames, remembrances, skull-cup balancing to spill. So they come and go in me, my stranger-ancestors, so they meet these ancestors of place, here on their ground that cries and sings its knowledges of plenty and disease, where green fire leaps, where all that eats and is eaten returns as shifting strata of the hill, where earth receives its people tenderly. 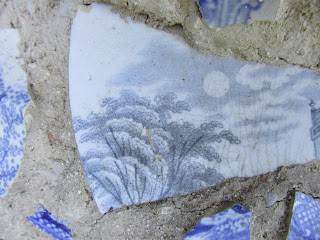