March 31, 2022
What do oceans talk about, or trees? What do predators and prey shout to each other in the night? What name does the doe give the fawn as it lies in the grass catching its breath?
Rachel Boughton, ‘The Stone Woman Gives Birth’
Picking apples – they’re small and hard this year after a dry summer, the unthinned fruit bunched together, tart-sweet, but the seeds of the mid-season varieties are dark now and the birds and animals have begun to eat. Parrots and silvereyes and yellow wattlebirds and possums in the branches, pademelons and swans on the ground. We leave some for all of them. There are still blackberries on the bushes but not for much longer. I cook both sweet and savoury dishes with the apple-blackberry combination. High clear cool days as the sun angles lower, the air golden, marvellous to taste and full of the whistling of starling flocks. 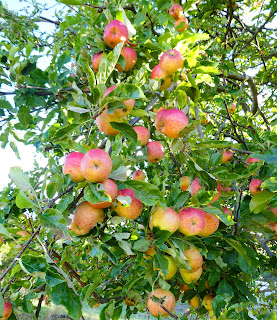 Another of the young swans has died – only one left now, of the four that hatched in November. T found the cygnet floating breast-up, near where he’d seen it feeding among the reeds at the edge of the dam not long before. No sign of injury. Perhaps it disturbed one of the snakes that sun themselves by the water – some are irritable just now as they prepare to shed their skin after a season of feasting on frogs; the old skin is too tight and the eye-scales become opaque in the weeks before shedding so that vision is impaired – the creature is more inclined to strike.
I think about the stories in many cultures of swans as shapeshifters – humans changed by a spell to swans, or swans who take human form and are trapped, unable to return to their life as birds when their feathered cloaks are stolen. That world within the world feels close now at the equinox, when daylight and dark come briefly into balance as nights lengthen towards winter. Who was it that died?
And in Europe, land of swan-maidens, where it’s spring and the season tips towards the light, the war in Ukraine continues. Full of longing for some different possibility in that place (in any place broken by war), I’m re-reading a piece by the writer and zen teacher Rachel Boughton in which she points to archaeological evidence of lifeways, once widespread in what is now Europe, that were different from those of the empires of domination and extraction we inhabit. Patterns of habitation and burial and artistry in these communities, which were stable for thousands of years, show that class distinctions were not marked, gender relations seem to have been more or less equitable, and organised warfare was unknown.
How is it possible to find imaginative entry into the experience of life in such a society? Boughton suggests that some music can provide an opening – and by a painful irony, one of the instances she offers in her essay (written in 2018 and updated in 2019), is the music of the Ukrainian band dakhabrakha (who were in Kyiv when the war began and are now touring and fundraising as refugees with their families). Some of their songs use sounds of birds and animals along with words whose meanings are no longer known but which may be whispers, repeated down the millennia, of the old language that disappeared as successive waves of warlike peoples came riding in to displace and erase what came before them. 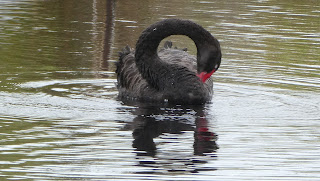 This music has the effect of reminding me that human speech comes out of our creaturehood in the more-than-human world and that, despite the depredations of empire, the creaturely realm is still all around us and within us – a realm where, though anger and fear are familiar along with joy and pleasure, war for profit is unknown.
Rachel Boughton’s essay also draws attention to the syllabic writing system, Linear A, which may have arisen out of the language of the vanished culture. Linear A has never been deciphered but there is some overlap with later scripts, and this has made it possible to determine that many surviving fragments are lists of goods and their quantities – these people were great traders back and forth throughout the known world of the time.
One piece of surviving Linear A writing that’s not a list is on an earthenware drinking cup, found in Crete where the last flowering of the lost society persisted before the wave took it. Features of the cup – its location, the form of the inscription and the fact that the vessel is in a style that’s archaic relative to the rest of the archaeological finds in that place – indicate that it was probably used in ceremony. Painted inside the bowl in cuttlefish ink with a reed brush is a spiral of twenty-three characters – syllables that form a sentence with punctuation, beginning in the centre. Turning the cup clockwise as you tilt it to drink, you’d be able to read the inscription. Three of the characters depict long-necked birds like swans. The sound of the swan made visible and woven into speech, to be taken in and savoured, turning. 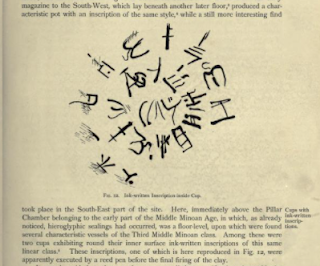 Evans, Scripta Minoa, 29
Even though our current language pressures us to represent the world to ourselves in terms of dualities of spirit and matter, self and other, if what’s written in the cup comes from a culture that didn’t know war, I can hope that the techne of language and writing does not of itself inevitably lead to madness and destruction but can be used to express the ways of peace and a culture of reciprocity – dakhabrakha. That it's possible for a human flowering to combine the cultural elaboration made possible by language and a continuing connection with the creatures within and around us. It’s true that all language is spellcraft; word by word by sentence we can bring into being another reality.
T brings in hazelnuts as the smooth shells start to loosen in their frilly husks. Sweetcorn ripens. J picks up bullet-hard windfall pears and I set them aside – they’re one of the few fruits that can usefully be picked green because then they ripen free of the gritty stone cells that develop if they’re left on the tree. Pots of tomatoes – the ones that have split or been damaged by slugs or blossom-end rot – simmer on the stove for passata. The last gherkins go into brine with dill flowers for flavour and a few blackcurrant leaves for tannin to keep the pickles crisp. 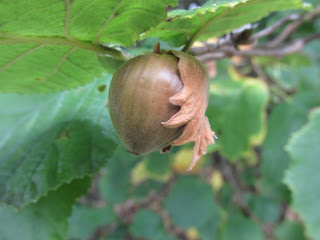 Throughout the month, flooding rain falls along the eastern seaboard of the mainland, and in places the rivers rise metres higher than previously recorded peaks. In riverside towns and cities, lives are lost and thousands of houses are inundated, their entire contents consigned to landfill when the water subsides; tens of thousands of cars are swamped and written off. And a tongue of warm moist air from the weather complex that caused the floods licks right to the centre of the Antarctic continent, raising temperatures there to just a few degrees below freezing – nearly forty degrees above what’s normal for that place. Another ice shelf collapses.
Lifeways are being swept away; the winds bring change. Turning in our hands as we drink, the cup of day, the cup of night and the sweet and salt and bitter messages inscribed there. On the air that follows the turn of the planet, the breath, the cries of the world come to us – children in bombed apartment blocks and pimply Russian conscript boys burned in their armoured cars and tanks (Mama they hate us! It’s terrible here!), and my cry, my breath passes to them along the spinning hours.
I listen to the sound of dusk in the trees and think how music can be silenced, but not forever – it appears and reappears out of the earth itself: the stone woman gives birth in the middle of the night, as the 9th century zen koan has it, quoted by Rachel Boughton and used as the title of her essay. We send our voices out as prayers into the world and also the world speaks its prayers, its songs, to us. How can we learn to shapeshift as a movement of empathy, infeeling back-and-forth with the disparate parts of ourselves, with one another, with the planet, becoming-other and inviting-other, not as ploy or entrapment or curse but as exchange?
The two remaining swans – one parent, one child now fledged – go down to the river to graze on eelgrass in the shallows with their people, and again come back to us, reappearing, miraculous. Grateful, heart-full, I hear their woodwind voices, quiet incantations over the water.